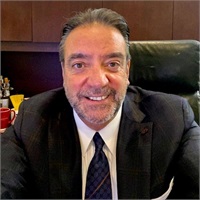 As a New York licensed attorney and one of the founding members of Hudson Wealth Management, Robert’s primary focus is to provide business consulting advice and estate planning services to our clients.In providing corporate counseling services, Robert stresses the importance of establishing a strong company structure in the initial start-up phase, maximizing opportunity in the growth phase and having a well-conceived plan for an owner’s ultimate succession. In his creation of legacy plans, Robert is mindful to create an estate strategy which respects the core values of the client and which protects a beneficiary’s ultimate inheritance.

In his role as General Counsel to Hudson, Robert plays an integral role in developing strategies for the company’s growth, including analyzing acquisition candidates and coordinating the related due diligence activities.

Robert began his legal career with the law firm of Davidoff and Malito LLP, one of the premier lobbying firms in New York. In 1995, he began a private law firm, later acting as general and lead counsel for a wide range of private and public corporations to ensure compliance on all legal, regulatory, and administrative matters. Robert frequently serves as co-counsel to a variety of New Jersey law firms with varied specialties.

Get Financial News & Updates Delivered to Your Inbox

The first week of 2021 has already had many ups and downs. Just because it’s a new year doesn’t mean that the 2020 issues go away, and so far, 2021 has been no exception to this rule.The markets opened on January 4 and...